Faith and prayer are the vitamins of the soul; man cannot live in health without them.—-Mahalia Jackson

The power of prayer has a way of granting miracles.  Thus the case of Bobbi Kristina Brown.

Bobbi Kristina Brown has  awakened  from the coma  she’s  been in for over a month and a half a source close to her family tells crownheightsmom.com exclusively.

“Bobbi Kristina  is out of the coma” says a source close to the 22-year old’s  family . “She  is opening  her eyes but isn’t talking yet,”  adds the source.

For  family and friends  of the aspiring singer and especially for her father R&B singer  Bobby Brown this  must come as  the best news  since that fateful Jan. 31, 2015  day when Bobbi Kristina  was found unresponsive  in the Roswell, Georgia home she shared with boyfriend Nick Gordon. She was found  unconscious and in a bathtub – eerily similar to how  her mother Whitney Houston had died in 2012.

“Krissi awakened about two weeks ago,” says the  source close to her family. Could Bobby Brown have  hinted  at  this news  in a March 3 press release his lawyer sent out saying, “We thank everyone that supports Bobbi Kristina and God is hearing our prayers.”

One can  imagine how  thankful Bobby Brown must be feeling. The singer  has continuously asked for  prayers  for his daughter Bobbi Kristina and as the  weeks have gone by and   we have  seen the pictures of his daily trips to and  from  the  hospital  to be at her bedside. He has been a dad who is enduring what happened to his daughter  publicly while  asking for privacy from the press as he continues trying to hold it all together for himself and his family  while  the  criminal investigation  continues  into how his daughter  ended up in the condition she’s in . Most parents  would prefer to  never go through a situation like this, but if they had to be in  a situation like this they would prefer  to go through it  privately. It is good to see that the R&B star  has held firm to his faith to pull him through and to see that in some ways these prayers are being answered. Crownheightsmom reached out to Bobby Brown’s camp for a response  and was told  to refer to what  Bobby has said  in his press releases, saying, “We continue to request privacy in regards to my daughter’s medical condition.  We thank everyone that supports Bobbi Kristina and God is hearing our prayers.”

Not out of the woods though progressing slowly . “She is not recognizing people’s faces but she has eye movement and  is responsive to voices and touch,”  the  source tells crownheightsmom exclusively. This progress, says the source, is what prompted the family to  move her from Emory Hospital to a specialized facility,  still in Georgia, that can better treat her.

Visitors to see Bobbi Kristina since her improvement have included her grandmother Cissy Houston,  81  who arrived about a week ago  to visit  her  granddaughter says the  source.  Cissy  last visited  in early February.  As of this writing  Cissy is reported to have returned  to her home in New Jersey .

It definitely feels great to hear  promising news about Bobbi Kristina’s  condition and as she progresses we hope to  keep well wishers up to date.

As Bobbi Kristina’s   condition continues to improve the source close to the  family  adds,  ” I would like to  ask people to keep praying for Bobbi Kristina. She still has a long way to go.” 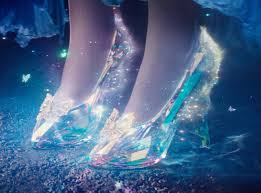 I like the Cinderella movie because it was romantic—–Kameko, 8

Jumping on that iron horse aka a NYC subway train  oftentimes can be a hit or miss  most days, thus  the case last Tuesday when the  kids and I headed from Brooklyn  into the city to catch a screening of the  beauty  of all fairy tales, Cinderella.

Getting to the screening took great effort,  for we almost didn’t make it on time to Times Square’s  Regal E-Walk  Theater   due to an MTA power outage on our subway line. In addition there was a  thundering rainstorm happening but hail, nor rain, could hinder crownheightsmom from getting her kids   to the scheduled 5:15pm  MOMS and Oral-B and Crest sponsored  special Disney Studios screening  of Cinderella which was preceded by  the Frozen movie short  Frozen Fever . The sneak peek, a prime teaser to  the  sequel of  the 2012 worldwide hit.

Stuck underground  on an F train  at York Street  I had to make a decision what  to do. Should we stay or should we go . When the conductor finally announced that all  A, C  and F  trains were going to be at  a standstill and backed up  due to a power outage at the World Trade Center stop in Manhattan.that was it for me.

Trying not to panic as the time slipped  closer and closer to the movie start  hour  we are still in Brooklyn  trying to get to Manhattan.  The  kids, especially my 8-year-old daughter  starts  to get  worried we will miss the screening entirely. I ask ‘should we just  go  home, forego the trip to  the city. I  automatically get a resounding “NO”  from them both.”

Putting on my supermom hat I took their hands and we  join the mass exodus of straphangers exiting the subway station  to the  street in search of the nearest subway line..  Finding the  R train we jump on with what seems like  hundreds of people .

We  would take this R  to Canal Street where we transferred  to  the Q Express to 42nd Street Times Square where  the  theater  is located.

.Reaching the Regal E-walk  theater  after 6:30pm we are overjoyed and happy to hear that we didn’t miss the  screening and  that it was going to start at 7pm. With some free time before the screening  I headed  to security  to give my cellphone in as no mobiles phones, or tablets or ipads  of any sort  were allowed into the screening room. . We also  picked up  our  free popcorn and water  from the concession stand and were   just in time to  see the  presentation of the  new Disney Magic Timer app by  co-sponsors Oral-B and Crest  as seen below in this new ad with actress Kristen Bell.

Pics below  from event courtesy of the MOMS

If new live-action remakes of classic fairy tales  are the future for family movies then I want more of them, especially if they are  anything like the new Cinderella movie.

-I liked the movie  because it”s  about a girl who was once happy,  then her life became sad when her mommy and daddy died, then  her life  got better and she was happy again.. My favorite part was when she married the prince because it was a happy  ending —-Kai, 7.

A whopping $70.05 mil at the box office is what  was raked in by the new Cinderella movie this weekend says Box Office Mojo. The count comes after  receipts were tallied at   3, 845 movie theater locations nationwide  playing the newly  revamped children’s classic. See the US trailer below.

I am really happy I decided to defeat the odds and go to this wonderful remake on March 10 with my two small children. For those parents reading this believe me,  you are in for a great  treat. This release promises a great update to  the  Disney classic most are familiar with  replacing  the cartoon characters for  live action ones who are not only  beautiful but have great screen presence.

Even the wicked stepmother (Cate Blanchett) and her spoiled daughters hold presence on screen.

My 8 year old daughter and my 7 year old son reviewed the movie. Dressed  up for the occasion Kai  donning a bow tie while Kameko who has outgrown her two Cinderella dresses chose an old Hollywoodesque  style dress for the occasion topped with her  30’s style  netted pillbox hat.

Out of 5 Popcorn Stars……….. Kameko  and Kai  gives  Cinderella  5 STARS  for being romantic and being about love, kindness  and forgiveness.

Says 8-year old Kameko  .”I thought the Cinderella movie  was very romantic . It was sad to see her parents die though and compared to  the other Cinderella’s  like the cartoon an in the book I have read  they  have never said how her mum and dad died so it was kinda ok to know how that happened in this movie.

Kameko, 8- I felt that the Prince and Cinderella were a perfect match!

Still dancing in the aisles  and singing the catchphrase song  from the movie “Lavender’s Blue” (Dilly, Dilly)  my two little ones and I head out  for home content and happy  after retrieving our cell phones from security. It is now 9:30pm and as we head to the subway we are hoping that the MTA ha,s by this tim,e   gotten the train service in order.

If you too enjoyed Cinderella’s beautiful song  “Lavender’s Blue (Dilly Dilly)”  here it is for you.

Fed up with Winter 2015 crownheightsmom  seriously considers  relocating to a warmer homebase! YIKES, Say it ain’t so!

Like most New Yorkers presently I’ve had it with the repetitive snowfall after snowfall that’s hit NYC this winter season. Plus, though cushiony I have fallen on my bottom  more times than I can count.  Plus, I can no longer stand the deep freeze temps, the mile high mounds of hard ice  lining the cross-walks and the  muscle power I have exerted towards shoveling and cleaning  snow off the car. It’s more times than I  like .

I like snow cones  in the summer . Slush in the wintertime,  I can definitely do without because who knows  what lies within those black cesspool-like puddles.  I can also do without the  slow moving traffic that  turns a normally $12 cab ride  into a $30 snail ride to nowhere.

Right about now,  I want Ole’ Man Winter gone.  So go   vamoosh! goodbye!  get outta here, beat it, see ya later and don’t come  back.

Don’t get me wrong. I  love the Wintertime. In fact  my husband will tell you whenever it snows  I am the first one with my hands up to go  out the house to play in it or  grab my Akita Hiro to  head to Prospect Park.

The kids will let you know that  I will grab their  snowboards for them and off we go to have crazy fun but, this love has been tested.  This winter  season in NYC has been a long one with an  endless and relentless  beat down by mother nature.

There’s nothing more beautiful than looking out your window and seeing  fresh snowflakes falling . Seeing a doe and her family playing  in the  snow- thats the beauty of nature .Living in the suburbs or in the countryside definitely allows you to appreciate the beauty of  a freshly fallen  snow.

For city folks the beauty of  having it snow week after week wears thin. Not being able to get around as fast as one wants to, amounts to loss of  incoming dollars .

In Brooklyn, particularly in my nabe  of Crown Heights we have  been weathering the snowstorms as they come and has dealt with the results of it—-un-shoveled sidewalks, no parking spaces,  traffic congestion, pot holes in the streets and the unseen doggie poo and gosh knows what else mixed in with  the snow alongside  the sidewalks. Trust me,  it  has not been a pretty picture this winter.

So right now I am praying to the Sun Gods to come . Is it too much to ask for Springtime to arrive NOW and bring on the flowers, the butterflies and the bees.