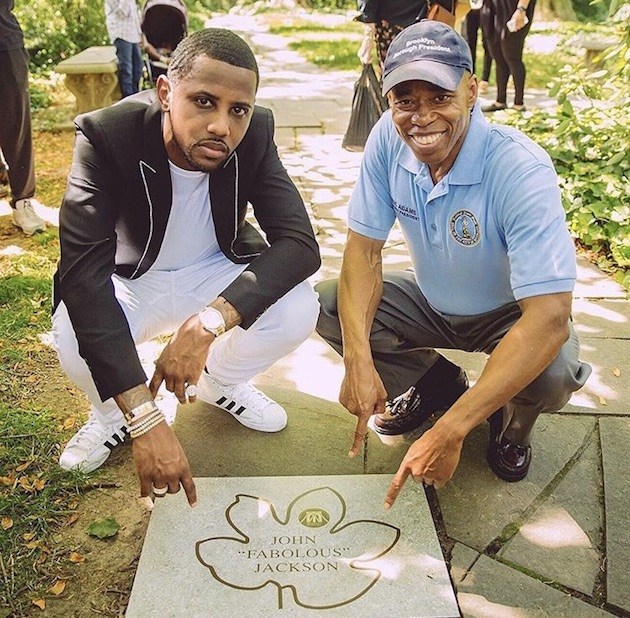 Ask any Brooklynite what’s the best thing about their borough and they’ll likely say, “EVERYTHING!”

We at  crownheightsmom will have to agree. In fact, no matter the season something fun is always  happening across the borough of Brooklyn.

Annual events from the  Cherry Blossom Sakura Matsuri Festival  at  the Brooklyn Botanic Garden  to the highly in demand monthly Target  First Saturdays at the Brooklyn Museum of Art   are the most talked about but on any given day there is always  something happening here. In fact, when it comes to putting its culture on display  Brooklyn hands down seems to be doing it best.

That’s why  when we found out about  the  second annual  Central Brooklyn Arts  & Culture Weekend  which took place June 10th and 11th along the famed Eastern Parkway we had to go. It was a  fun weekend spent out with the kids and was celebrated with a movie night  happening on Saturday  and an outdoors street festival showcasing the best of the borough’s foods, arts,  crafts,  culture and contributors occurring on Sunday.

Both Fab and Basquiat(posthumously) were  awarded   with the “Keys to Brooklyn” and  bestowed with individual stepping  stones inscribed with their names  and placed within the  Brooklyn Botanic Garden’s famed Celebrity Path.  The two sons of Brooklyn are now counted along the celebrity walkway amongst 160 others famous Brooklynites  past and present including  poets, performers,  artists, and athletes who lived or were born in the borough and  all made outstanding contributions to  the borough.

The outdoor street festival  saw  locals, families  and visiting tourists  coming out to  rejoice in the arts, foods and culture along Eastern Parkway .

My 9-year old son had a blast checking out the vendors and the performances as well as  tasting some of the delicious food options on sale. He definitely liked the roasted corn which he eagerly covered in butter and a hefty shaking of parmesan cheese. So delicious.

The high 80’s temperature definitely led to a beautiful day outdoors with attendees  enjoying and basking in the  music, dance and theatrical plays  happening on the main stage set up at the Soldiers’ and Sailors’ Arch at Grand Army Plaza. The breeze and water spraying from the fountain made for a refreshing feel.

Those  walking  along the Eastern Parkway corridor beginning at Flatbush Avenue and heading towards  Washington Avenue got to choose from an array of vendors offering food, drink as well as the purchase crafts and fashionable items from jewelry to kids clothing.

Lots of activities were  available and  included fun games, bouncy houses  and  arts and crafts for the kids, a  dance party and theatrical performances  courtesy of  the Prospect Park Zoo, the Jewish Children’s Museum, the Brooklyn Children’s Museum and the New York Aquarium

The 2-day cultural arts inspired events were brought together and presented by Brooklyn Borough President, Eric L. Adams in partnership with One Brooklyn Fund, Inc.,  All in all it was fun for the entire family.

With smiles on our faces we left  the festival  eagerly looking forward to next year’s celebration .

If you also attended  this event please share your thoughts about the  weekend in our comments section below.

Follow the destination where pop culture + motherhood intersect on WordPress.com

Come share my love of culture, travel, food, music, art, and fashion. Enjoy conversations with celebs, my family and my fur baby, Hiro the Akita. Do you want a peek into my life? Then come along!

Follow the destination where pop culture + motherhood intersect on WordPress.com